Opens 30 minutes before sunrise and closes at 11:00 PM

Home to more than 500 palms and growing!

Currently, there are more than 500 palms and cycads representing some 150 species from around the world. Development of the arboretum is a continuing, never-ending project. The collection will grow as new species become available. Gizella Kopsick Arboretum - Palms and Cycads development is supervised by the City Beautiful Commission in cooperation with the St. Petersburg Parks and Recreation Department.

Learn along the way...

The arboretum offers a unique educational experience while at the same time providing a peaceful setting to relax and enjoy nature.

History of the Arboretum

Development of the Gizella Kopsick Arboretum - Palms and Cycads began in 1976. The 2-acre park was once a city miniature golf course. A concerned resident and park volunteer, Mrs. Elva Rouse, proposed the area as an arboretum. The proposal was adopted by City Council and subsequently the arboretum was created through a generous gift of stock from Miss Gizella Kopsick, a long-time palm admirer.

Initially, 60 palms representing 10 species were planted in the park. Drinking fountains, a gazebo, conversation corners with wooden benches and red brick paving were installed in a graceful circle winding through the palms. All facilities were designed to meet the needs of the handicapped, which included Miss Kopsick, who was confined to a wheelchair. The arboretum was dedicated on May 16, 1977 to Miss Kopsick on her 100th birthday. Since the park opened, many additional gifts have been received from interested individuals and organizations.

Located on North Shore Dr. at the foot of 10th Ave. NE, just north of North Shore Swimming Pool and the Vinoy Resort. Adjacent parking is free of charge. 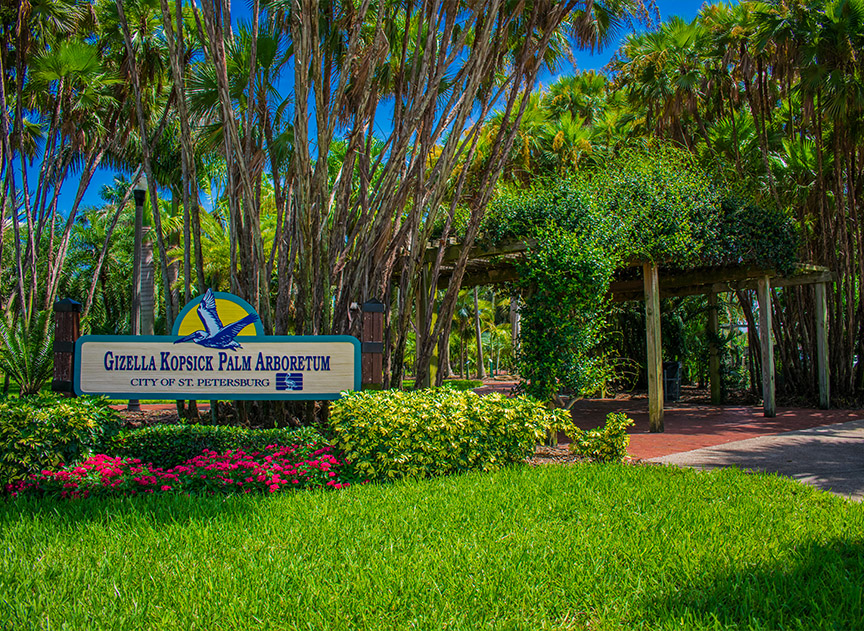 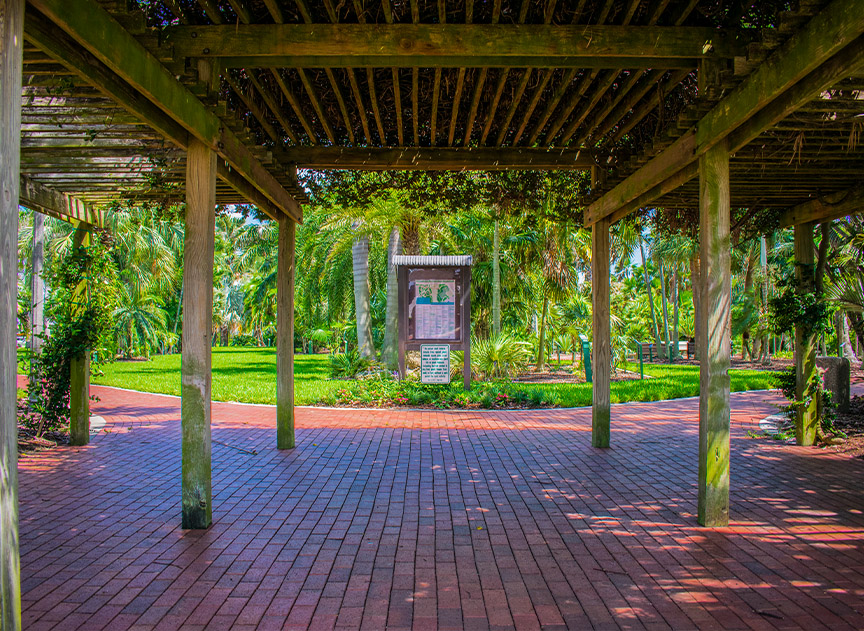